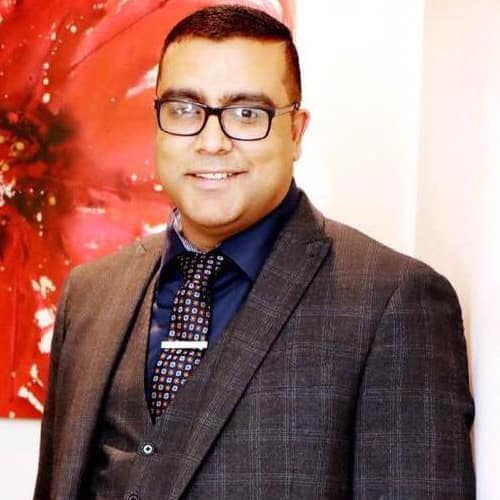 Mr Kayani is a Principal solicitor since 2006. He was graduated in 2000. He was first called to bar in 2002. Mr Kayani was admitted as a solicitor of the Supreme Court of England and Wales in 2006, he’s acquired more than 20 years of practical experience. He deals in civil Litigation, family law, human rights, asylum and immigration law. Also achieving a pivotal milestone in 2002, Mr Kayani possesses a tremendous amount of experience in these areas of law.

He is one of the few senior lawyers who can move easily between civil, Business and Human Rights  jurisdictions with ease. A ‘master tactician’, he combines his undoubted legal skills with years of successfully running a well established and highly respected legal practice. He has developed both a national and international client base, and has successfully acted in numerous high profile cases over the years, spanning each aspect of his practice. His previous experience has attracted clients such as finance professionals, Company Directors, GC’s and figures from the commercial,  property, entertainment and Sporting worlds.

Mr Kayani has been acknowledged with local and international awards for his professional services.

He’s written the number of articles on human rights violations around the globe. He appears on various local and international TV channels. He frequently raises his voice to strengthen the independence of judiciary and rule of law, particularly in developing countries. Mr Kayani regularly expresses his views on human rights violations around the world in international newspapers too. He represents the conduct of cutting edge human rights, asylum and immigration cases before the Immigration and Asylum Tribunals, the High Court and the Supreme Court of England and Wales.

As a multilingual solicitor, Mr Kayani can fluently communicate in Urdu, Hindi and Punjabi languages.